Creating an entire city digitally, Andy Bird the legend from the BBC delivers a masterpiece.

Get the award winning album: 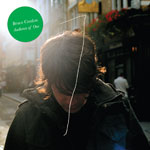 The worldwide release of Bruce Conlon's debut album - Audience Of One

Spanning 2 years, 2 hemispheres and the 3 parts of the globe in US, Europe and the South Pacific - the stunning debut album 'Audience of One' from 'Eight's Bruce Conlon is available now.

Following the hit Long Lost Friend (video), and his latest single City that never sleeps, this revolutionary work has created an electrifying buzz across the globe, is available on itunes and on CD (from Amplifier).

And of course you can buy the singles here: